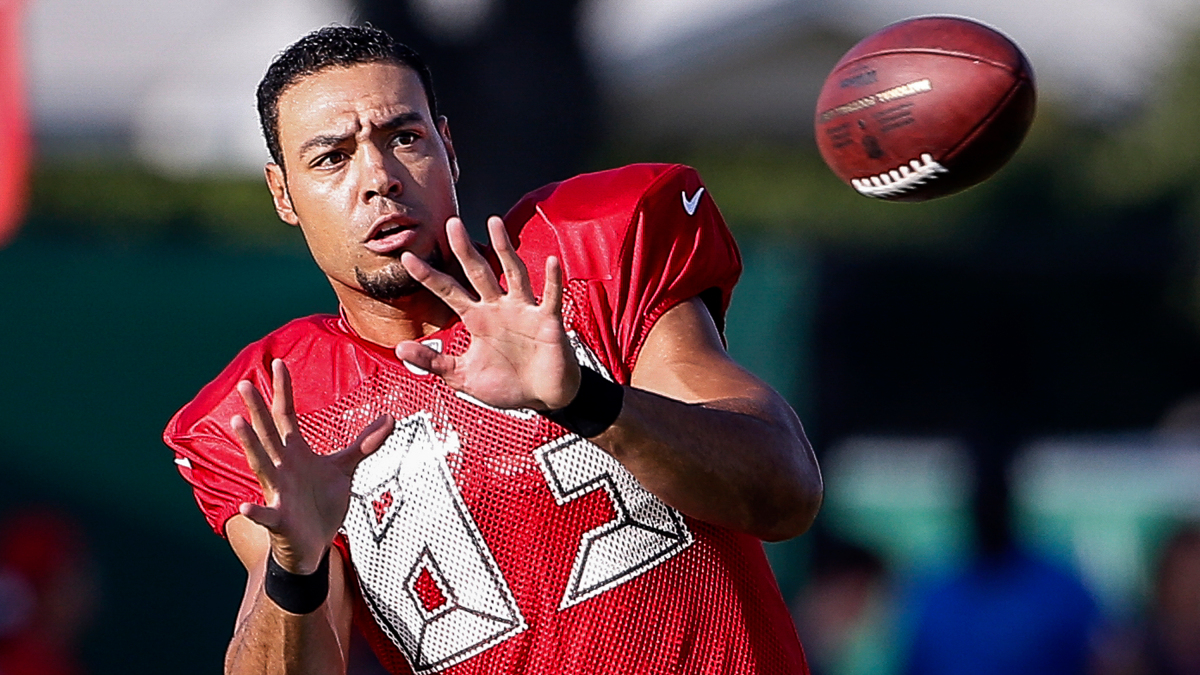 What happened to Vincent Jackson?

The sports world is in shock by the untimely death of Vincent Jackson.

The former Tampa Bay Buccaneers wide receiver Vincent Jackson was found dead in his hotel room on Monday. He had been staying in Brandon hotel since January. The athlete was 38 years old when he died.

The Hillsborough County Sheriff’s officers said that Jackson family members were concerned about his whereabouts and he called the department to report him as missing. The official’s missing report was filed on Thursday.

The following day, deputies found Jackson at the Homewood Suites in Brandon and had a quick chat with him. After confirming his wellbeing, the missing case was closed.

But the next week on Monday, Jackson was discovered dead in his room by a housekeeper around 11:30 a.m.

According to the sheriff’s officer, Vincent’s dead body has no apparent signs of trauma. The Hillsborough County Medical Examiner’s Office will further assess his body to determine the actual cause of death.

Not just the country but also the people can't get over it except for only football fans.

Sheriff Chad Chronister announced that his department has already initiated an investigation but people here in hillsborough, family and community can't forget the incident.

“My heart aches for the many loved ones Vincent Jackson leaves behind, from his wife and children to the Buccaneers nation that adored him,” he said in his statement uploaded on social media.

“Mr. Jackson was a devoted man who put his family and community above everything else,” the sheriff said. He noted that Jackson, who was a resident of South Tampa, was made an impeccable deputy.

Initially, San Diego Chargers signed a contract with Jackson, which bound him to play for seven seasons before becoming a free agent. He then joined Tampa Bay Buccaneers and played with them for five seasons. He made his last appearance in 2016.

The 38-year-old football player recorded 57 touchdowns and was also selected to the Pro Bowls thrice. Apart from his accomplishments on the football ground, Jackson was also known for his charitable endeavors.

He founded the “Jackson In Action 83 Foundation, a non-profit organization to support military families. Jackson was the son of military parents; hence, his personal experience inspired him for this initiative. In fact, he also writes a series of children’s books titled “Danny Dogtags,” guiding the kids of military families who had to move a lot with their parents.

“We are all mourning the loss of our beloved Vincent Jackson. His wife and family ask that everyone respect their privacy at this time,” his foundation tweeted on Monday.

Related: ‘MIRA FURLAN’, THE REAL CAUSE OF ‘BABYLON 5’ AND ‘LOST’ ACTRESS’ UNTIMELY DEATH!

After his retirement, Jackson started a food business and became the owner of a restaurant. He owned/ partnered with the Cask Social Kitchen, a south Tampa restaurant located on Howard Avenue.

“During his five seasons with our franchise, Vincent was a consummate professional, who took a great deal of pride in his performance on and off the football field,” said Bryan Glazer, co-chairman and owner of Buccaneers.

“Vincent was a dedicated father, husband, businessman and philanthropist, who made a deep impact on our community through his unyielding advocacy for military families, supported by the Jackson in Action 83,” he added.

Jackson is survived by his wife Lindsey and four children.

The social media is abuzz with tributes and condolences after the news of his death broke out. Fans, former and current players reacted to the news with great sorrow, remembering Jackson as a remarkable player and person.

Stay tuned to Hayvine to know about Vincent Jackson net worth, highlights, stats, number, parents, career earnings and update regarding his death report.

Here’s how fans are reacting to the sad news:

Rest in peace Legend, you will be missed!