Top 20 Viral Memes and Reactions of The Queen’s Gambit 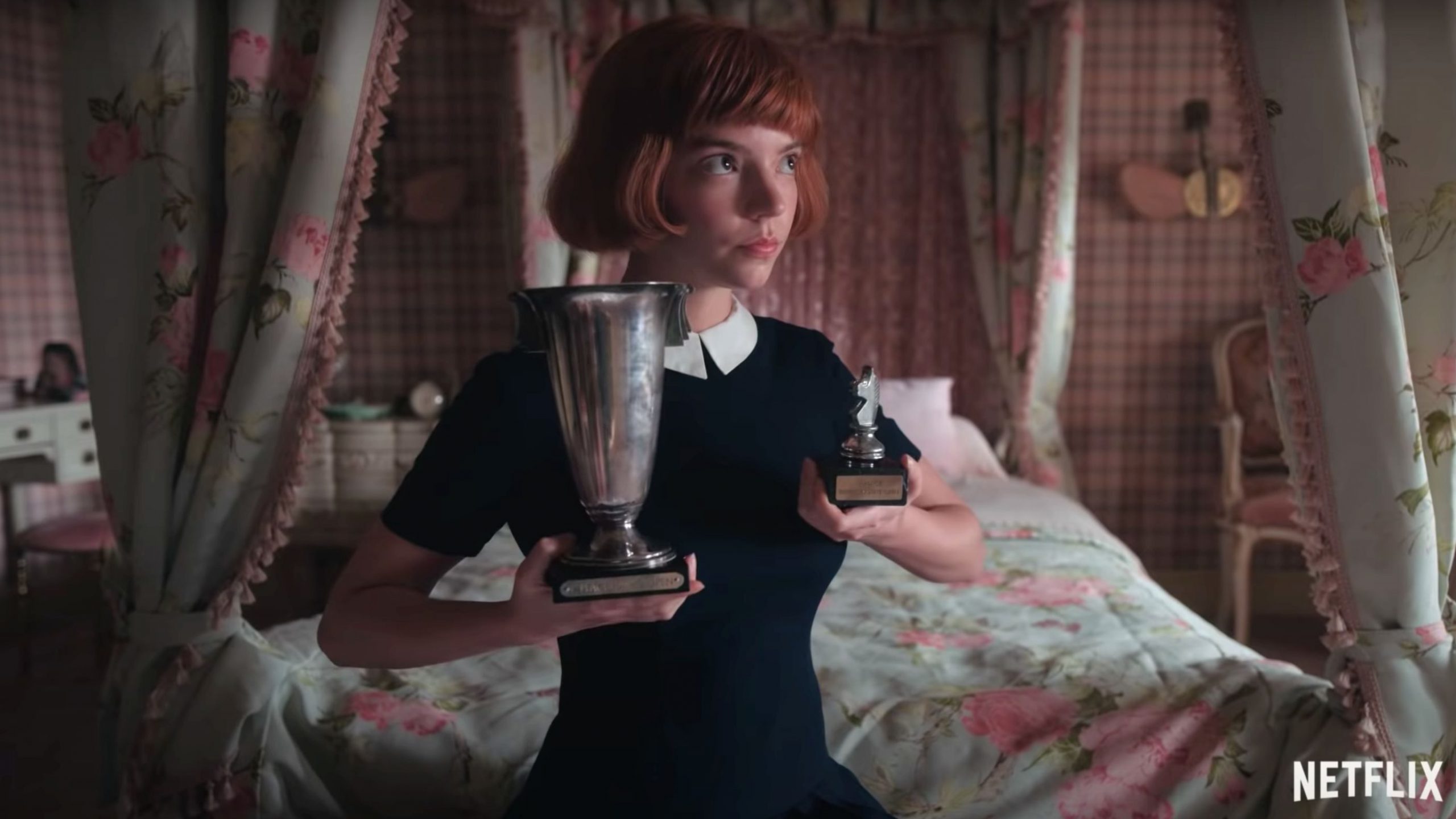 Last week, Netflix dropped arguably the best series of the year – The Queen’s Gambit! In the first look, the show looks like it came right out of Gossip Girl from the 60s era. Of course, it was much clever and twisted than an ordinary high-school drama of the upper-east side!

The show is led by the drop-dead gorgeous and thunderous talent – Anya-Taylor Joy. She will be seen as a child prodigy adorned in 60s wardrobe. You must be wondering what could the show possibly be about. Well, it’s about chess and tranquillizers and all things addictive.

The show has gained a massive fan following in a matter of few days and has put Anya-Taylor Joy in the list of mainstream actresses, capable of single-handedly leading big-budgeted projects. However, that’s not it – you’ll also find spectacular supporting cast, including, Moses Ingram, Christiane Seidel, and Thomas Brodie-Sangster, and more.

The miniseries is adapted from a novel with the same title. It’s about a young orphan who learns chess from Mr. Shaibel, a janitor in her orphanage, and ends up becoming the best chess player in the world at a very young age!

The series has seen some remarkable characters apart from Beth. Like Benny, Harry, and Townes – who were initially her rivals but they turn out to be her best friends. Jolene is another childhood friend of Beth, who turns her life around – even when no one adopted her. We certainly believe every supporting character deserves a spin-off series!

The most interesting thing about this show is that you don’t need to be a chess prodigy to understand this show. In fact, it doesn’t matter if you’ve played this game before or not, you’ll still find yourself engrossed and inspired.

If you’re looking for something new to watch, make sure that give this show a go! The seven-episode series came on Netflix on the 23rd of October and became a fan favorite for two reasons – for the storyline and memes!

We’ve managed to collect some of the best memes or Queen Gambit memes by fans on social media based on Queen's Gambit characters from the Queen's Gambit episodes! Check them out!

So, which of the Queen Gambit reaction do you find on point? Are you too waiting for the Queen's Gambit season 2?