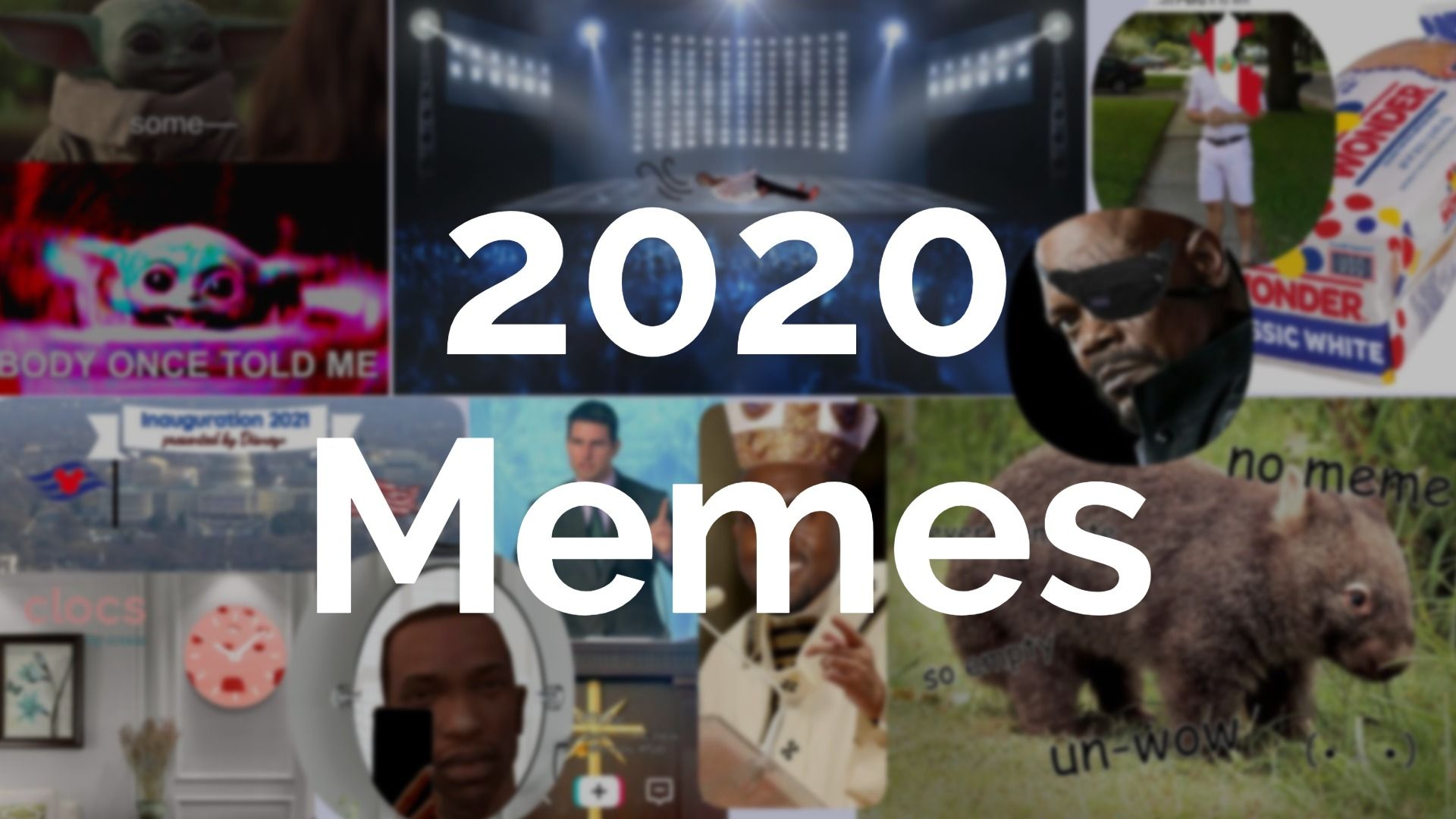 If we go by the definition of Memes available on Wikipedia, we’d think of them some serious event in the making. C’mon, do you think of memes as a viral phenomenon that evolves by natural selection and that too in a manner analogous to that of the biological evolution? No, right? Seriously, it feels as is a boomer wrote this.

Memes are funny and relatable and dark. What started off as a joke has transformed into a manner of communication. In fact, it wouldn’t be wrong to say that people use memes to convey some of their darkest experiences. It’s true that memes have evolved over the years – from Forever Alone Potato to Presidential debate reaction – but there’s no way you can compare them to biological evolution and natural selection.

The best thing about memes is that you don’t have to try too hard to elaborate or explain them. You can use memes to document your journey, thoughts, and milestones.

In this blog, we’ll be discussing the most defining memes of 2020. They’re the most viral memes, funniest meme, and truly the best memes that sum up the year.

Below we’ve mentioned the most viral memes of 2020 – let’s go down memory lane, shall we?

January was strange – the world was at the verge of a third world war while people on social media were busy sharing memes about it. In retrospect, it literally hinted all the instability that existed throughout the year. When Trump ordered the assassination of an Iranian government official, we were all shook. This truly catalyzed the tension between the two countries and resulted in anxious laughter from people around the globe. The result? Hundreds of  laugh out loud memes! What do you think about the first meme of 2020?

The Grammy darling and poster child of Gen Z felt utterly confused during the Oscars this year when Eminem gave a surprising performance on stage. You could see that the teenager had never heard his music and despite the attempt to go along with the vibe, she was just confused and lost.

In March, everyone was going out of their mind. People were stealing toilet paper from the grocery stores and hand sanitizers were experiencing a shortage. Why? Because of the pandemic! And when the UK-based programmer developed a website that generates a song of your choice to entertain your hand washing tactics, a new meme was born. Honestly, we’re living in strange times.

By March, people had gotten over the World War Three and Wash Your Hands memes and they decided to bring life in their art – and of course, it was about the zoom meetings.  When the world went on lockdown, people depended heavily on technology and video conferences. Businesses operated this way and families that were forced apart communicated and bonded in this manner. And that is how we witnessed the birth of the hilarious zoom memes. 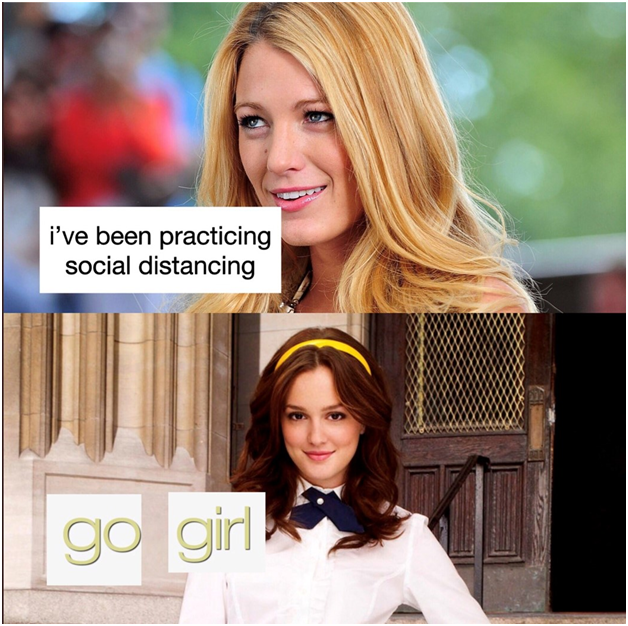 When the world went on lockdown, people spent their time bingeing their favorite TV series. Of course, many people went back to Gossip Girl, and hey, we found another meme. It was the right amount of dumb which served as the perfect antidote to the emotionally draining month.

And we all laughed over our “plans” and “resolutions” for 2020 because who would’ve thought that a pandemic would gatecrash our party? Summer was a pain and all our holiday goals were halted indefinitely. 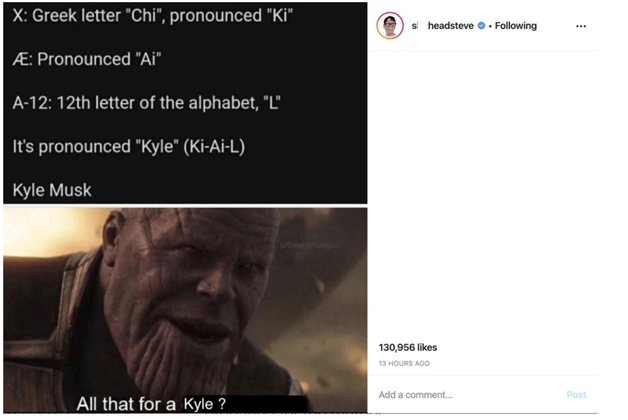 When Elon Musk and Grimes gave birth to their firstborn, it was truly iconic. Of course, being a royalty in the tech world, we expected the baby to have a beautiful and unique name. Unfortunately, his father is Elon Musk and he has a mind of his own. We still don’t understand how the name is pronounced. We wish the baby well because boy is going to get bullied all throughout his school life. 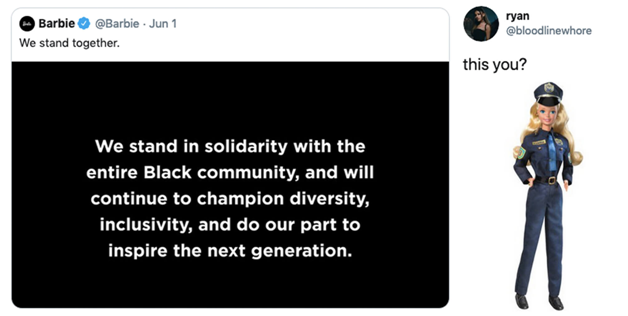 June was emotionally overwhelming and people all over the world were furious and frustrated. It was of course triggered by the brutal murder of George Floyd. A lot of voiced chimed in and tried to make space for light and banter.

If you’re having a bad day, we’d urge you to watch this interview. When Trump sat down with Jonathan Swan for an interview on HBO – intelligence and sensibility went out of the park. Swan’s reactions to Trump’s antics and replies were simply hilarious.

Check out 2020's most viral memes, mashups and reactions! 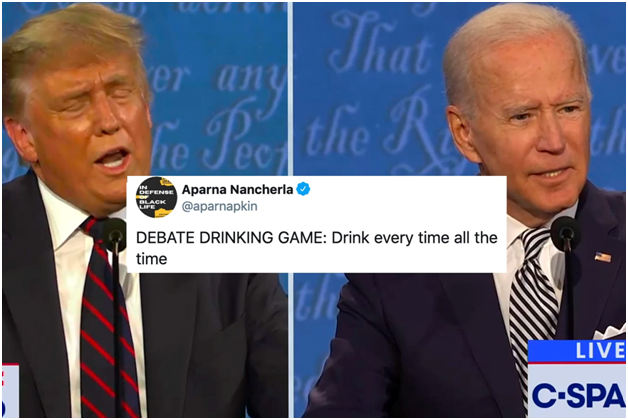 We can write a manuscript on how politics is the goldmine for meme content. It’s ridiculous and endlessly funny. This year’s presidential debate was so outrageous that it became a punchline for every joke for at least a month.

Among Us gained immense popularity during the second half of 2020. It produced a lot of content for meme generation and exposed the games through YouTube and other avenues.

These were our best memes of 2020, what were yours? Which meme from 2020 defines the year for you?

Also, here what you need to prepared for before welcoming 2021!

Hey, be sure to like our page on Facebook and get a chance to win a gift!