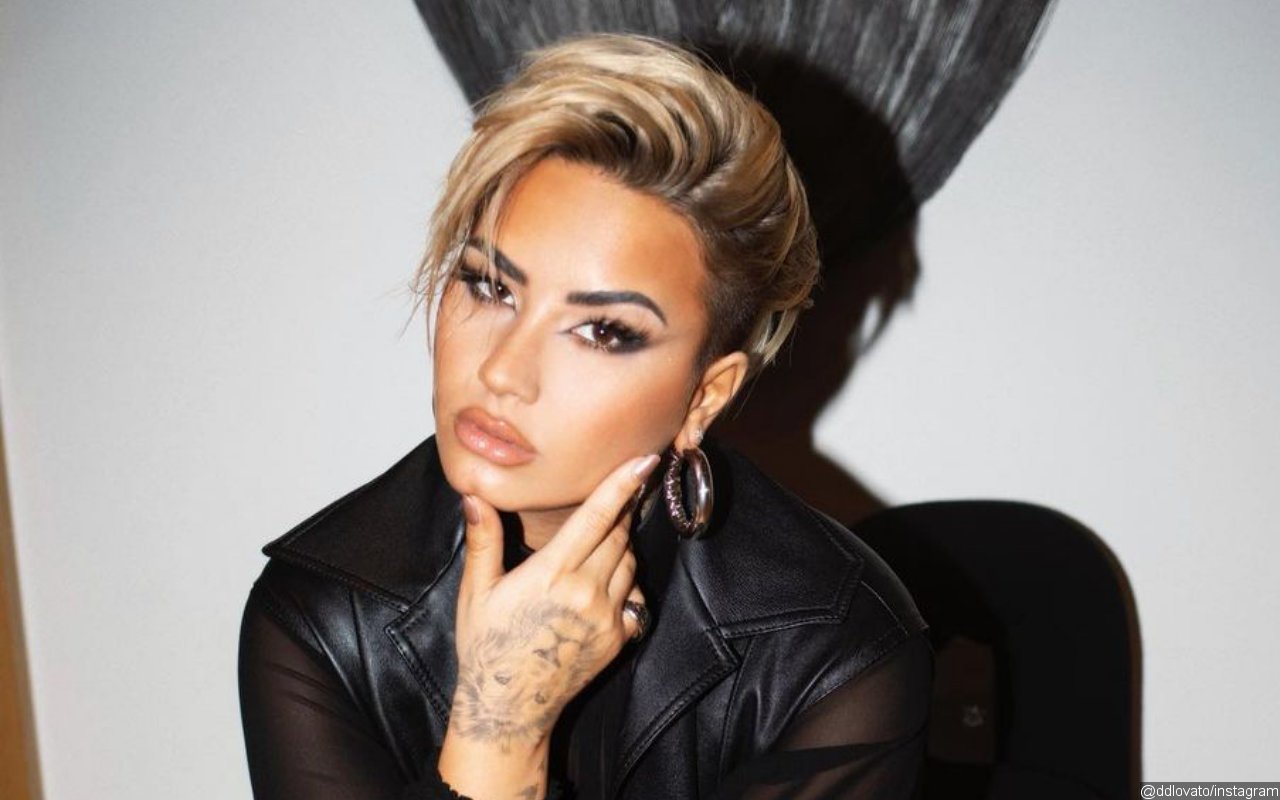 Demi Lovato took the internet by storm after showing off her new fierce look!

The 28-year-old singer is known for rocking several unique and unpredictable hairstyles. From a number of extensions to bright blue hairdos, she’s done it all! Her recent look surely classifies as the boldest one among her numerous hairstyles!

After a few days, she was slaying waist-length tresses at the People’s Choice Awards, the popular singer took everyone by surprise with her edgy blonde pixie half-shaved cut!

She unveiled her latest hairdo on Instagram, posing in a leather vest and semi-sheer blouse, with the back and sides of her head shaved.

‘I did a thing…’ she sassily captioned her picture with a close-up of ‘undercut pixie cut,’ which shows a bit longer layers on the top from the back.

In the picture, she is sitting on a chair, posing in huge hoop earrings and a black jacket.

Few hours after uploading the picture, she returned to Instagram again to give a closed-back view of her bold haircut. She has over 93.3M followers, just by the way.

Lovato struck a pose at the camera with oozing confidence, as she revealed her tattoo of a lion’s face on her hand's back, which she got back in 2017.

In a slideshow of newly-uploaded Instagram pictures, she flexed her latest look in different poses with piercing brown eyes and sculpted cheekbones.

She smoldered a Wonder Woman pose using both of her hands on her slender hips, as she looked somewhere off into the void.

The 28-year old recently had a break up with Max Ehrich, after dating him for six months. While hosting the 46th People’s Choice Awards night, she joked about her brief relationship with Ehrich and said that the year started remarkably and has been the longest year so far of my life. She said that she performed the National Anthem at the Super Bowl and at the Grammys. However, when COVID-19 shuts down everything, she does what we all do and that is she goes into the mode of lockdown and gets engaged. she paints, photograph and meditates.

She said that she didn't know something like this could happen i scrolled through Instagram four times and watched Pretty Little Liars' four seasons, broke the engagement and looked for aliens. Isn't it pretty much what people normally do? she joked.

Here’s what they have to say:

So, what are your thoughts about Lovato's latest haircut?